Chat with us, powered by LiveChat
Skip to content

For several decades, California has been known for having policies that are tough on crime, especially when it comes to drug crimes. Dealing with drug charges can be a terrifying experience due to the severe consequences of drug crimes. Depending on the amount of contraband involved, you could be facing county jail or prison time as a result of your charges. Whether for possession of drugs like meth, cocaine, or heroin, hiring experienced drug crime attorneys in Beverly Hills is essential to maximizing your success and ensuring your freedom.

Call Gould & Jefferson of Beverly Hills at (310) 899-9529 for a free one-hour consultation with a skilled drug crimes defense lawyer in Los Angeles County.

In California, there are three main drug charges that someone could be convicted of. They include minor infractions that do not involve significant penalties or jail time, misdemeanors that carry minor penalties, and felonies that carry major penalties and time in jail. Under the California Health and Safety Code 11350, someone who possesses the following substances for their own use are in violation of the code and could incur a misdemeanor charge:

The charge is increased to a felony when the person is found to have the intent to sell. We will explain this in more detail below.

Possession Versus Possession for Sale in California 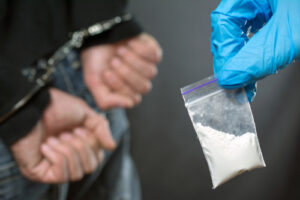 To illustrate, if you are found with five pounds of meth, you will likely be charged with possession for sale. The prosecutor will argue that five pounds is much more than a usable amount for one individual. They will also look at how the drugs were stored and whether you had large amounts of cash on you. All of this can be circumstantial evidence of what the prosecutor will claim as your intent to sell.

What Are the Consequences of Drug Charges in California?

Consequences for possession of a controlled substance include up to one year in county jail, fines and fees, and/or probation. Typically, a plea to a possession charge will subject you to search and seizure without the need for a warrant. In other words, if you are pulled over for any reason and are on probation for a drug charge, you will be subject to search and seizure — with or without a search warrant.

Probation typically lasts for a period of three years and can be terminated early if you complete your probationary requirements sooner rather than later. If this charge is filed as a felony, you can face up to three years in prison. An effective drug crimes defense team in Beverly Hills is your best chance at minimizing these sentences.

Consequences of possession for sale are far more serious than mere possession. You could face up to five years in prison as well as fees in excess of $10,000. For felony cases, your probation is formal, and you are required to check in monthly with a probation officer. You are also subject to search and seizure without a warrant — similar to misdemeanor probation.

Currently, California state laws require several years in jail for small drug crimes, such as possessing for sale an ounce of cocaine. Those with prior convictions cannot currently qualify for probation. This “one-size-fits-all” approach to drug convictions has been criticized for being too harsh. Citizens of the state advocate for addiction treatment and supervision within their own communities rather than immediate jail time.

Fortunately for citizens who have been convicted or are being investigated for drug crimes, lawmakers in California are attempting to end minimum sentencing for nonviolent drug crimes. They want to give judges the option to offer probation instead of guaranteed jail time for minimal offenses, such as selling small amounts of heroin. The bill will hopefully put an end to California’s overcrowded jails and discourage the destructive war on drugs.

What Legal Defense Options Do I Have in California?

Your Beverly Hills drug crime lawyers can use several avenues to defend you against unlawful drug charges. Some of these can include the following:

What to Do When Facing Drug Charges in Beverly Hills

The consequences of drug crime are too severe for anyone to deal with by themselves. Without the help of a lawyer, you could find your life permanently changed. Hire an experienced team of drug crime attorneys in Los Angeles County to help you with a drug arrest or investigation. The consultation is completely free, and our team of experienced drug crimes attorneys in Beverly Hills will give you the time and dedication that your case deserves to ensure the best results. 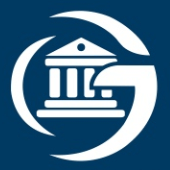 © 2022 Gould & Jefferson LLP. All Rights Reserved. This website is intended to provide general information only, and nothing herein constitutes legal advice nor the creation of an attorney/client relationship. Testimonials or endorsements do not constitute a guarantee, warranty, or prediction regarding the outcome of your potential case. Our personal injury/accident cases are on a "no recovery, no fee" basis, unless a different agreement is reached. Criminal matters are charged on a flat rate basis.